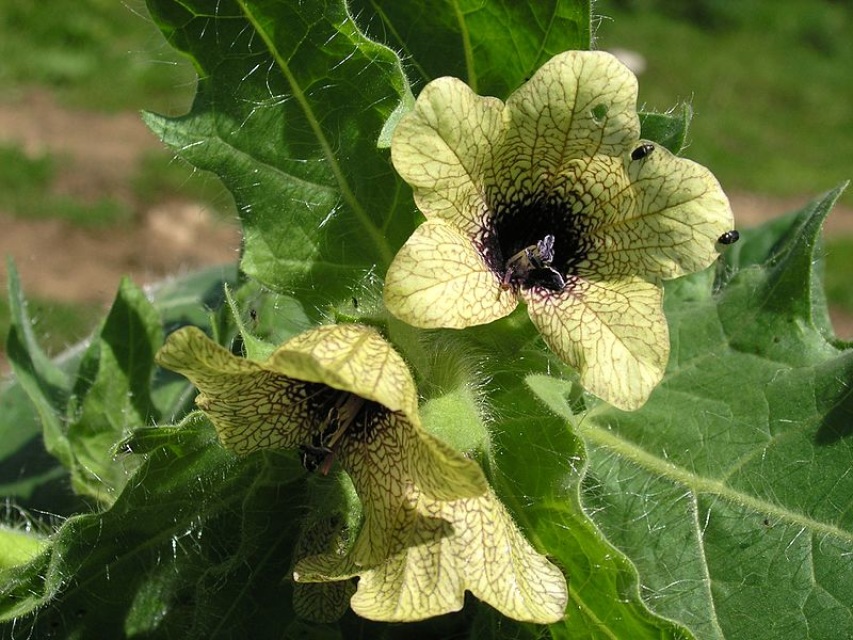 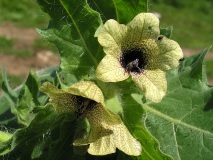 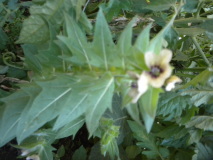 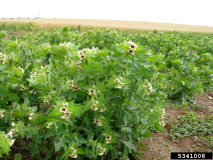 Another famous Wicca herb, used for a millennia or more by many cultures. Beautiful little flowers on long arms of spiky leaves. Contains atropine. Can also be burned as an incense.

Allow two to six weeks for germination. Flowers form on long leafed spikes, one after another. Killed by frost. India-grown.

Henbane was historically used in combination with several other plants, such as mandrake, belladonna and Datura, as an anesthetic. This combination was also used for its psychoactive properties in many a witch's "magic brew" and the famous "Flying Formula." These properties include visual hallucinations and out-of-body flight.

It was originally used in continental Europe, Asia and the Arab world, soon spreading to England by the Middle Ages. The use of henbane by the ancient Greeks was documented by Pliny who said it was "of the nature of wine and therefore offensive to the understanding," and by Dioscorides who recommended it as a sedative and analgesic. The plant, recorded as Herba Apollinaris, was used to yield oracles by the priestesses of Apollo. John Gerard's Herbal states:

"The leaves, the seeds and the juice, when taken internally cause an unquiet sleep, like unto the sleep of drunkenness, which continueth long and is deadly to the patient. To wash the feet in a decoction of Henbane, as also the often smelling of the flowers causeth sleep."

Henbane was one of the ingredients in gruit, traditionally used in beer as a flavoring. Several cities, most notably Pilsen, were named after its German "Bilsenkraut" in the context of its production for beer flavoring.