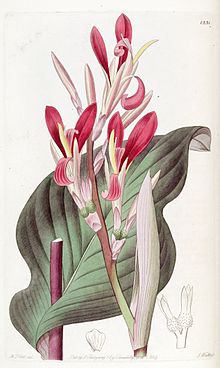 10 large round brown seeds. Canna indica, commonly known as Indian shot, African arrowroot, edible Canna, purple arrowroot, Sierra Leone arrowroot, and Wild Canna Lily, is a plant species in the family Cannaceae. Canna is native to much of South America, Central America, the West Indies, Mexico, and the warmer southeastern United States (Florida, Texas, Louisiana, and South Carolina). Native peoples, especially the Inca, grew it as a food. It is high in starch (24%) and contains 1% protein.