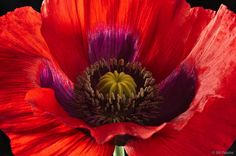 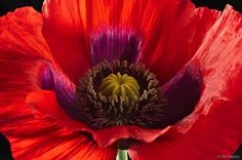 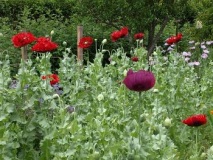 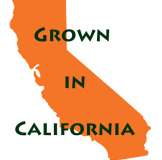 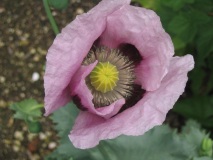 'Santa Cruz Red' poppy mix. A Traditional Opium Poppy mix of mostly red, with some ruffled black, and single Taz purple, and other color possibilities. Freshly harvested and dried in June-July of 2019 from a secret location north of Santa Cruz, CA, just one mile from the shores of the Pacific Ocean and nearby migrating pods of wild whales. Not much fog in the winter there, but consistently cool and sunny weather loved by artichokes and medicinal poppies alike. Most of the poppy seeds were noticeably red in color at harvest.

A beautiful cool season annual medicinal flower in a mixture of single and some double flowers in a variety of colors, but with maybe 50% to 75% being bright red. They have been naturally reseeding themselves for some years now. About 1,000 seeds per gram.