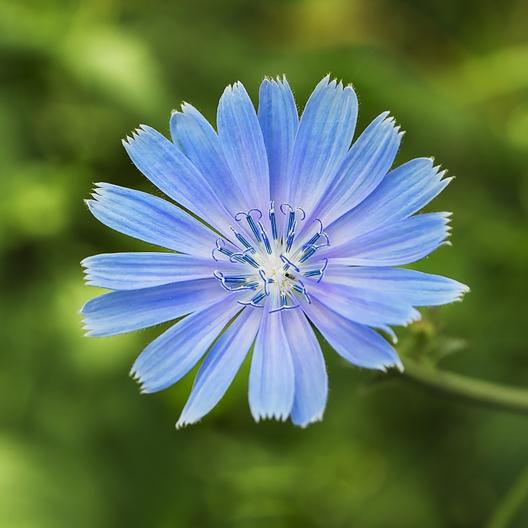 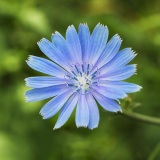 Many varieties are cultivated for salad leaves (being used as a 'pot herb' for centuries), chicons (blanched buds), or their roots, which are commonly baked, ground into powder, and used as a tasty coffee substitute and food additive. Chicory is rich in potassium, sulfur, calcium, sodium, manganese and iron. Since the 21st century, inulin, an extract from chicory root, has been used in food manufacturing as a sweetener and source of dietary fiber. Fresh chicory root typically contains, by dry weight, 68% inulin, 14% sucrose, 5% cellulose, 6% protein, 4% ash, and 3% other compounds. In traditional herbal medicine, chicory is one of the 38 plants used to prepare Bach flower remedies.

Chicory seeds can be planted in the most challenging of conditions, and actually tend to thrive in less-than-ideal soil. Plant outdoors in a sunny spot with proper drainage. Biennial growing to six feet.