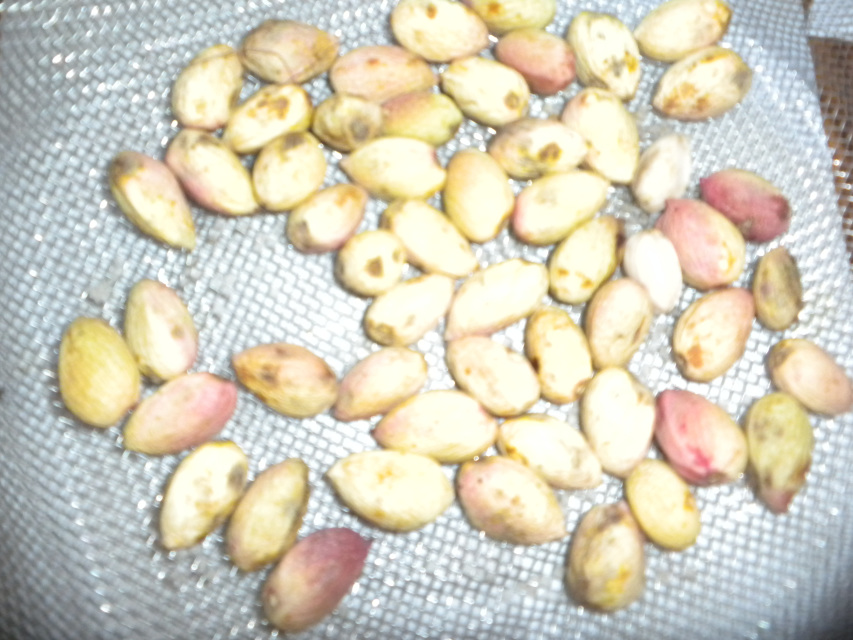 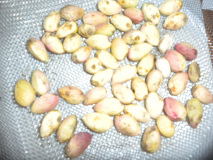 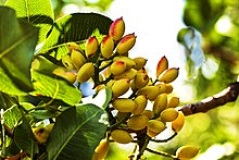 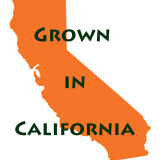 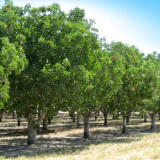 Three quantities of seeds now available, direct from the farmer to WBTC to you. Suitable for dry Southwest USA states only, from CA to TX, with a somewhat milder winter frost and dry low humidity all summer long. Mediterranean climate only!

Fresh-picked, carefully dried, raw pistachio seeds, mostly closed shells, most with the skins still on, and just a dash of color left on the dried skin, Harvested the middle of September, 2021 and with limited seasonal availability. Purchased directly from the nutty nut farmer in nut-loving, nut-growing CA and only available wholesale to me for several weeks per year, period. These are very rare and hard to find seeds. You likely have never seen such seeds as these in your life, as they are not sold in big retail food stores, only at a few local farmer's markets and local fruit stands here in central CA. Completely unprocessed, dried, raw, viable seeds.

Dried by Shaman Don naturally in open air on racks with mostly shade next to the fresh whole corn cobs; stealthily guarded by Gandalf the Grey, the feral barn cat regularly fed here at WBTC HQ, as well as my home-boy, the Black Panther, also a sharply clawed carnivorous cat, but not feral, just a very black, ferocious hunter-killer of everything that moves, up to and including tree squirrels.

These seeds will grow into the typical California 'Kerman' pistachio trees, which are both male and female; and NO, the male seeds do not have a teeny tiny prehensile penis or an extra pair of nuts. So don't ask me to 'sex' them for you (this really happens)! No nuts hanging on the nuts going nuts, and no gender reveal parties until you get flowers. (Kama Sutra positions are also not relevant; those are very different nuts and much more entangled positions.) Assume a 50-50 mix.

Locally farm-grown here in Central California outside of Fresno in the agriculturally rich San Juaquin Valley, also called the 'Big Valley' since it is hundreds of miles long from Sacramento to Bakersfield and rich with fertile topsoil and rivers. Pistachios were first introduced to the Golden State in 1854 (five years after the CA '49er Gold Rush) and have thrived here ever since. Hot dry summers with no clouds, fog or rain.

Pistachio trees are normally cut and expertly grafted onto new root stock, which will tell you the tree's gender right away and save three years or more of growing time. These grafted trees are expensive and also hard to find via mail. If you are patient, this is a much cheaper way to go. You may end up with a few more males than you would normally stock, which do not have to be kept. (So sell them.) But still, better five too many than one too short.

Heirloom tree, up to 33 ft. tall in ideal conditions. Human beings of all kinds have eaten these nutritious nuts for over 175,000 years, according to archaeologists. Or, since long before "humans" were even human. The pistachio nut tree is native to western Asia and Asia Minor, from Iran to Turkey, and is still a major crop in Iran today. Now a major crop in California also.

It grows in USDA plant hardiness Zones 8 to 11, or, tolerates temps between 15 °F in winter to 118 °F or so in the summer. Pistachios are a valuable commercial export crop in California, but are also grown successfully in Arizona, Nevada, New Mexico, Utah and Texas. Not suitable for most other locations in the USA!

They like full sun, long hot dry summers, and well drained soil. Very drought tolerant once established. Can handle salty soils more than most food trees. Pistachio trees do poorly in conditions of high humidity (east of the Rockies) and are susceptible to root rot in winter if they get too much undrained or standing water around the roots (such as Oregon and Washington).

NOTE: Long, hot, low-humidity summers are required for proper ripening of the coveted nuts. Best planted in Spring outdoors or in a greenhouse anytime after cold stratification.

Seeds can be planted as is after soaking in water, but germination will likely be only 50 to 60%. But it works. No trouble, no fuss, just plant the seeds. Do not remove the shells.

Better germination (90-95%) can be obtained by shelling very carefully or gently cracking/splitting the shells (If the seeds split, they are now dead!), then soaking the nuts for 16-24 hours in water. Next mix the seeds with slightly damp sand and place into a plastic bag with a few air holes and refrigerate for a month or two. Plant the cold-stratified seeds in half sand, half perlite, and water once daily. Caution: Too much moisture will rot the seeds!

Once sprouted, use half potting soil to half perlite, or half potting soil and half sand, or one third of each. Horticultural studies show seed germination is greatly improved by soaking the seeds in solution of 1% potassium nitrate, a commercial Nitrogen fertilizer (not organic). Perhaps manure tea would also work, such as a pellet or two of Chickee-doo-doo in the water mix, but not sure exactly the proper amount or if it would be too organic.

It will take four to 10 years to get any flowers that indicate gender. Best if planted in the ground in sandy or well drained soil after one to two years of being potted. One male tree per a half dozen females is quite adequate (upwind male tree is the preferred position).

The tasty pistachio nuts are high in balanced nutrition including protein and carbs. They have a positive health effect on humans by lowering blood pressure and the risk of heart disease. They are also very delicious, raw or toasted. Oxygen will degrade their freshness.