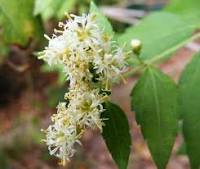 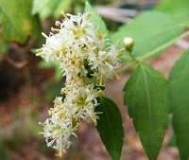 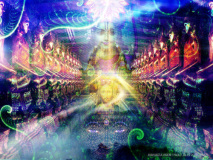 Calea ternifolia is a species of flowering shrub in the aster family, Asteraceae. It is native to Mexico and Central America. Its common names include bitter-grass, Mexican calea, and dream herb. The plant is very bitter. Tropical plant.

Sow fresh seeds on top of a moist soil. Keep moist and humid. Minimum temps of 70 to 80 F are preferred.

Dream Herb was traditionally used by the Chontal Natives of Oaxaca, Mexico. It would be prepared as a tea and drank while also smoking a cigarette made up of the Calea zacatechichi foliage just before going to bed.

Those who partook of Dream Herb were able to experience lucid dreaming; the ability to actively control and remember their dreams, or basically become self-aware of being in the dream state. Auditory hallucinations are also reported, which prompted the Chontals, believing they were hearing the voice of God, to refer to Calea zacatechici as the Leaf of God.