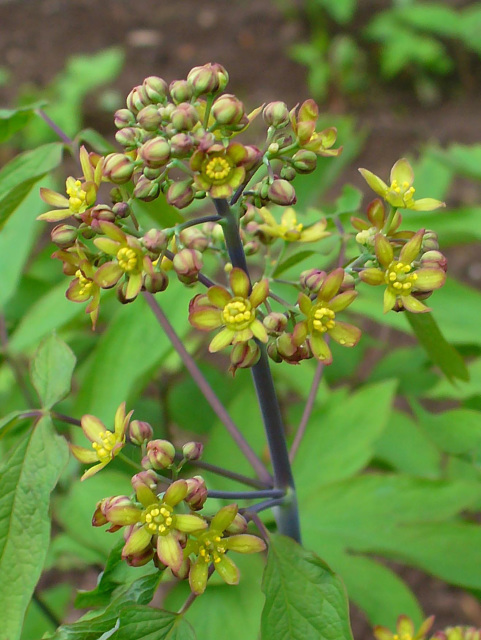 Blue Cohosh is a beautiful woodland plant with compound leaves that fill out the single leaf stalk. New foliage can show a tint of blue or purple pigment, with a lacy effect similar to Meadow Rues. The flowers are greenish yellow to greenish brown and form clusters. They are followed by berries that ripen to a deep blue, hence the name.

The plant has a long history with Native Americans. The Menominee have used a root decoction to minimize heavy bleeding during menstruation, and the Chippewa have used it as a contraceptive. It was used for childbirth and for abortions when mixed with other herbs. Blue cohosh has been used by the Chippewa to treat lung problems and indigestion. A tea would be made by steeping the herb for 30 minutes.