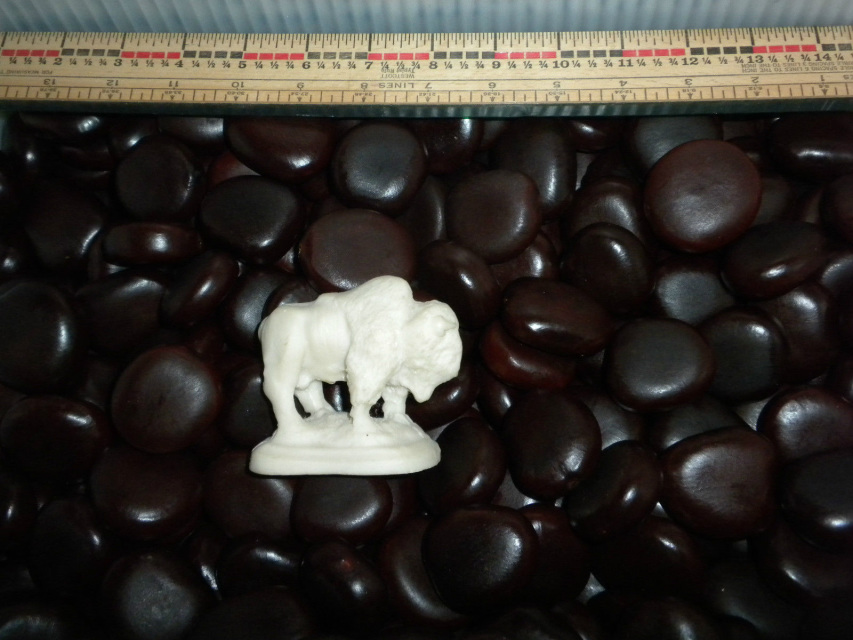 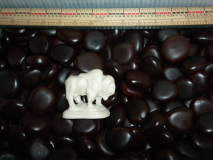 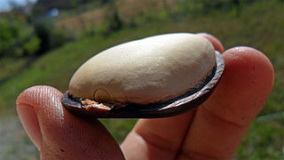 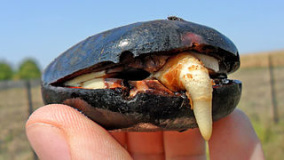 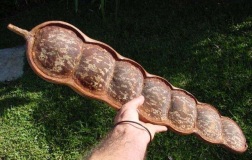 Minimum 4 ounces; sizes and shapes and colors vary. Average is one seed per ounce.

The plant is a large woody liana or thick climbing vine the height of trees. Its seeds have a thick and durable coat which allows them to survive lengthy periods of immersion in seawater while they float off to a new tropical beach to take root. Tropical plant. Seeds imported from India.

The seed's meat is traditionally employed in native medicine or African Shamanism to induce vivid, waking, lucid dreams, enabling direct communication and interaction with the Spirit World. The inner meat of the seed would be either consumed directly, or the meat would be chopped and dried, then mixed with other herbs (such as tobacco) and smoked just before sleep to induce the desired dream state.

The plant is also used as a topical ointment against jaundice, toothache, ulcers and to treat muscular-skeletal problems. The seeds are sought after as pieces of jewelry and as good-luck charms.