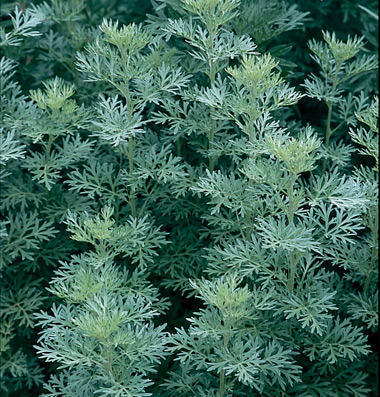 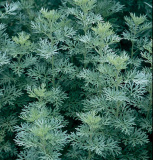 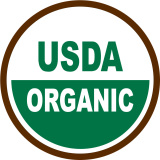 Wormwood seeds, AKA Absinthe, Grand Wormwood, Grande Wormwood, Green Ginger. This is the plant that is used for making traditional bitters, also a main ingredient in absinthe. With its classic silver-green foliage and nodding yellow flowers, true wormwood is a worthy garden plant. Wormwood thrives on dry edges and in full to part sun.

Sow tiny seeds on surface of sandy soil. An easy germinator and a long-lived plant on the landscape. In the fall, cut back to just an inch or so above the old growth. Flowers beginning in the second year.