​There are many types of creatures that are not generally recognized by most scientists, but yet are very real. The energetic creatures known to shaman and some psychics can be the lost Souls of dead humans, alien creatures from off planet, evil creatures from the underworld such as demons, or garden fairies, huge dragons, and many others.
​On the physical side of reality, there are very real creatures that eat and breathe, live and die, and walk, fly, swim and wriggle alongside humans on Earth, creatures such as Sasquatch, mermaids, Mothman, aliens, and the Rake. The Mountain Monster hunters have documented many of them.
During shaman training, we were taught by master shaman Bonnie Serratore that there are three alien races that she knows about, and she taught us about demons and other energetic creatures from the underworld. But aliens are physical, like us, only thousands of years ahead in evolution. When I asked Bonnie why the Greys attack humans, she replied, "because they are a dying race." They use humans, cows and other animals to create living hybrids. Personally, I had a very terrifying encounter with two grey aliens who froze me still and then did something to me. Once I remembered the experience via shamanic healing, I had to return to Bonnie just to have their tracking devices removed...
Alphabetically:
Aliens:
A covertly released government manual from 1949 lists military procedures for dealing with crashed UFOs. It also describes several different types of crafts used as flying saucers and describes in detail the two species of alien humanoids then known to the Air Force. A recent whistleblower claimed that the current count of government documented alien races is now 57. I repeat, 57 different aliens have been documented as visiting Earth, according to this government witness whose former job was to guard a live alien creature. He was taken off the project after he let the alien go free, against orders.
Many aliens are friendly, but the Grey aliens are NOT. A video shot in Russia of a giant falling meteor shows an alien spacecraft flying right through the glowing meteor just before it hit Earth, breaking it into pieces that were not as deadly upon impact, which still blew out windows for miles. The Greys are hostile to humans and mutilate cows by the hundreds. She taught us about only three of the many alien races, the other two being the Sirians and the Pleiadians who had a role in planting humans on Earth many tens of thousands of years ago. Think of the Egyptian God Osiris. He was a Sirian from Sirius. O Siris, Sir, oh seriously.
Remember the elongated skulls found in South America? Archeologists try to convince us that they are created by tightly wrapping heads from birth. But a recent scientific examination on a 4000 yo skull revealed that it was totally missing the center crease that is found on all human skulls. A DNA test revealed a mother from the Middle East in a time when nobody supposedly was able to travel across the Pacific, and a father that was so not human it had no DNA counterpart at all in the worldwide database, In other words, dad was an alien being.
The Navy was recently forced to release three videos their F-16 pilots recorded on their targeting cameras, Clear evidence of intelligently piloted flying saucers or "tic-tacs" as the pilots called them. See the video below. Both the Chilean Navy and NASA also released starting images of UFOs as well,

The Chupacabra, or "Goat sucker," is a canine creature well known to farmers in northern Mexico. It is also common in Texas, Puerto Rico and other countries in Central and South America. It is mostly hairless with skin resembling that of an elephant. It has blue eyes, leading to the nickname of 'Texas Blue Dog." It attacks everything from chickens and rabbits to goats, killing them and then sucking out all of the animal's blood, but not eating any of the meat.
DNA samples from two such creatures found dead in Mexico and Texas found identical DNA that was half coyote and half Mexican Wolf. Critics often claim without any proof that this canine is just a coyote with mange, but not true. This hybrid is real, but is still not recognized by science.
Dinosaurs and other supposedly "Extinct" Creatures:
​
Most Native American tribes talk of the giant Thunderbirds that would appear during severe thunderstorms and ride the warm updrafts of the cumulonimbus cloud systems for hours. They had a wingspan of 35 feet or so. Note the lack of feathers, the bat-like wings, and the elongated crest on the back of the head. Classic Pteranodon. The Civil War photo shows amazing detail when enlarged.
​The Thunder Bird is always at the very top of any Native Alaskan Peoples' totem pole: the ultimate predator, king of the skies, large enough to carry of a full grown human.
Ancient mariners for thousands of years reported huge scary sea monsters. These vary from giant squid to serpent-like creatures that could be just huge versions of known species, or a older Pliosaurus. Perhaps an oarfish, perhaps a Jurassic monster, whatever they are, they still swim the oceans of Earth along with Megalodon. 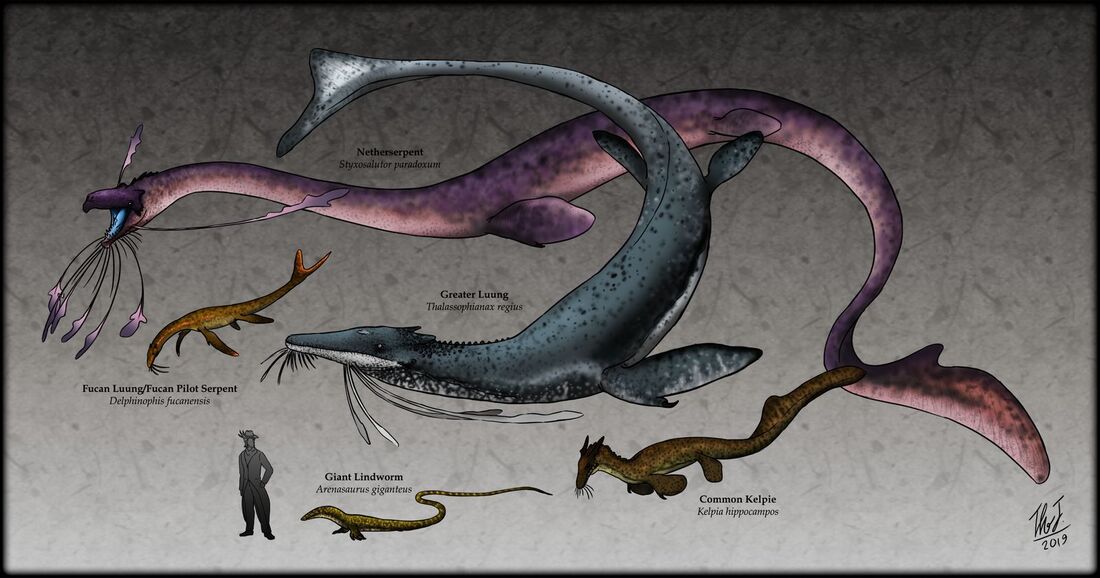 Mermaids:
Ancient seafarers encountered many creatures in deep water, including mermaids and giant sea serpents. Columbus reports seeing a UFO rise out of the ocean. A body of a mermaid was cut out of a Giant White shark and an autopsy of the remains indicated it was a mermaid. Local officials in Kiryat Yam, Israel are now offering a cash prize of $1 million for the first tourist to take a clear photograph of a mermaid near its town.
Mothman:
The Mothman is most often associated with Point Pleasant, WV, where it was seen by many witnesses sitting on the top of the Silver Bridge before it collapsed during rush hour in 1967 killing 46 commuters. Famous for its glowing red eyes, the winged humanoid has been the subject of a Mountain Monsters episode, a book, and a movie starring Richard Gere called "The Mothman Prophecies." Mothman appears to be able to fly straight upwards, indicating a use of anti-gravity abilities, and is able to use its metaphysical powers to render a witness unconscious.
​The local government TNT storage units are marked "No Trespassing." When a few investigators entered the old complex, they found articles from Wright-Patterson Air Force Base, where many crashed UFOs and their occupants have been stored and processed. They also found chains for holding a prisoner--a winged prisoner. Mothman is a formerly captured alien being that escaped from government captivity and now flies freely over America. Report a Mothman ​sighting, and an elite Air Force recovery team will take over the area, block civilian traffic, and attempt to recapture the creature. They will also confiscate any and all evidence.
the Rake: 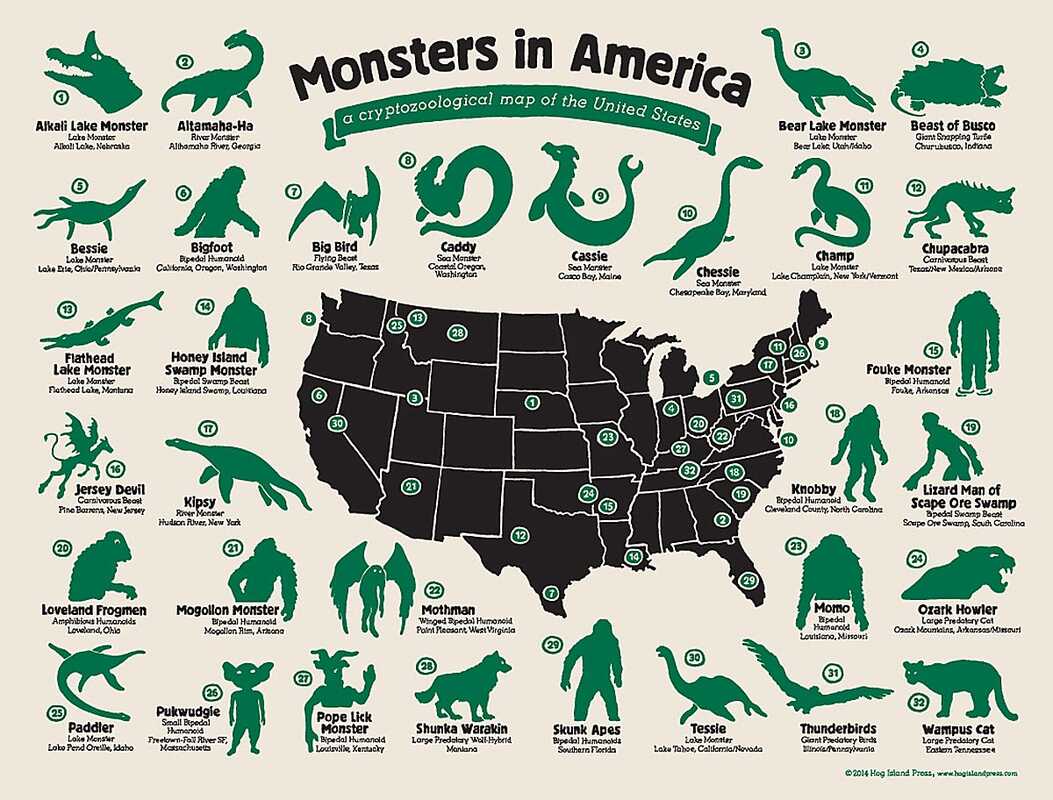