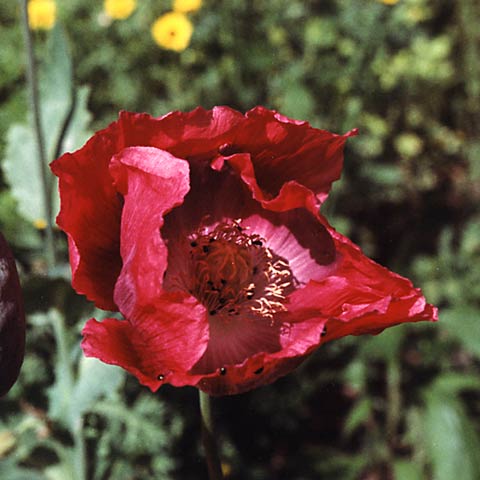 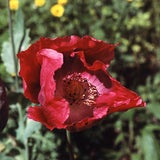 Traditional Opium Poppy named for its 'Giant' or extra large pods (often favored by florists for striking, exotic arrangements), following mostly red flowers that bloom for a day or two.

Should be about 1250 seeds per GRAM, but sold by weight. Part of my 'Gang of Four' mix when in stock. Grocery stores in America call this species "breadseed." Poppy seed bagels at Starbucks use opium poppy seeds, or the more polite breadseed.

Flowers are legal, pods are not.