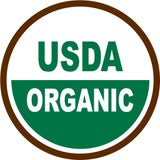 (102 days) Open-pollinated. Believed to be an old Native American variety. Various strains have included Algonquin, Indian, and the Golden Oblong. The best heirloom pumpkin for pies.

The 3–5 lb fruits look like big overgrown zucchinis, but the unique signature is an orange spot where the otherwise all-green fruit rested on the ground. After ripening in storage, the whole fruit first blushes, then glows bright orange, signaling that its delicious smooth flesh is ready to be turned into incomparably creamy pies. Your fork won’t know where the whipped cream ends and the pie begins.

Though widely grown in Androscoggin County, Maine, some 80 years ago (an old-timer remembers them stacked up on porches like firewood), this heirloom almost became extinct. LeRoy Souther of Livermore Falls, Maine maintained the Long Pie variety for more than 30 years before bringing his seeds to the squash booth at John Navazio’s Common Ground Fair in the late 1980s. It worked its way into commerce soon thereafter. fed